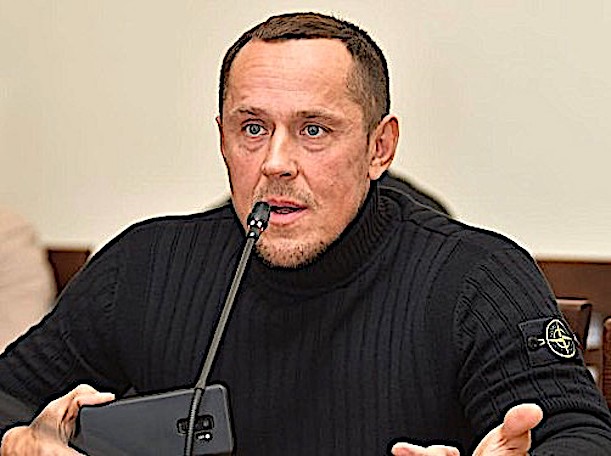 Of Children And Animals – See abortion and COVID vaccines in this light.
More evidence that “antisemitism” is justifiedwhen applied to Cabalist Jews and Organized Jewry.
Ordinary Jews would be as surprised and shocked as anyone.
These Satanists and their Masonic flunkies are behind the covid hoax, vaccine genocide and the 2030 plan to enslave mankind. All the players – George Soros, Bill Gates, Klaws Swab, Donald Trump, Justin Castreau– fit this description. Biden and Fauci are career criminals.


Jews in the Ukraine are nervously circling the wagon after a high-profile politician in Kiev accused some Orthodox religious Jews of engaging in satanic rituals that involve the agonizing sacrifice of animals and small, non-Jewish children.

“According to the former deputy of the Kyiv Council, Jewish rabbis “summon demons during prayers,” and Satanism is a form of Judaism. The United Jewish community of Ukraine demands to investigate these statements.

Former deputy of the Kyiv City Council, Mikhail Kovalchuk, was involved in an anti-Semitic scandal. On Facebook, he wrote that some Orthodox Jews “commit ritual murders of children.”

“Most often, their victims are small children, children of non-Jews (goyim). Satanism is one of the forms of Judaism, where special attention is paid to sacrifices and feeding their masters — dark forces (God Yahweh),” he noted.

Next, Kovalchuk cites the conversion of Jesus Christ to the Jews from the Gospel of John. 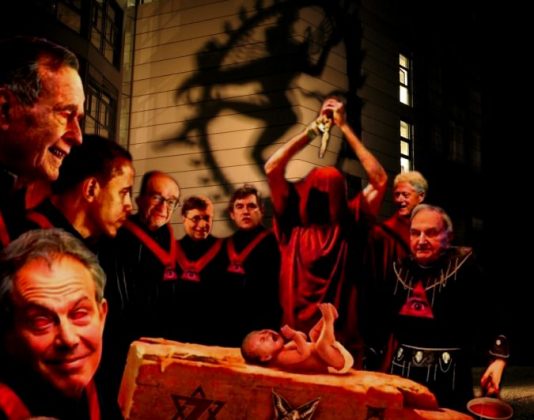 “Your father is the devil, you want to fulfill your father’s desires. He was a murderer from the beginning and did not stand for the truth, because there is no truth in him, because he is a liar and the father of lies,” Kovalchuk wrote.

The deputy also described the cult of cruel torture of animals by Jewish rabbis.

“Reading prayers from their sacred scriptures, they invoke demons, and at the same time they sacrifice animals, subjecting them to severe torture. The sacrificial animal’s throat is cut with a very sharp knife up to the spinal cords, and it slowly dies over a long period of time in a pool of its own blood.

According to the Talmud “The more an animal suffers before death, the more this killing will benefit God Yahweh,” he said.
The United Jewish Community of Ukraine reacted to the statements of Mykhailo Kovalchuk. His statements constitute anti-Semitism according to the law “On prevention and counteraction of anti-Semitism in Ukraine” and violate Article 161 of the Criminal Code of Ukraine.

The community pointed to “false, inhumane, demonizing and stereotypical statements about Jews” in the deputy’s post, and also called for an immediate reaction by law enforcement agencies. 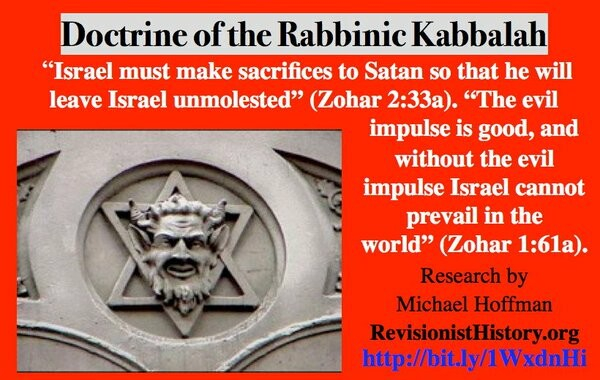 “Such statements are unacceptable in a united Ukraine, especially during martial law and from a deputy of the city council,” the organization emphasized.

It is worth noting that Kovalchuk ceased to be a deputy of the Kyiv Council after the start of a full-scale war with Russia. The “Batkivshchyna” party applied an imperative mandate against him for “strange statements on social networks about mobilization.”

Kovalchuk argued that Ukraine had not officially declared war on Russia, so the mobilization had no legal force.

Mikhail Kovalchuk was elected to the Kyiv City Council in the next local elections on October 25, 2020 from “Batkivshchyny”. After his removal, the deputy’s powers were transferred to Ekaterina Glymbovskoy, the wife of ex-head of the State Fiscal Service Roman Nasirov and the daughter of the owner of the construction company “Altys-Holding” Alexander Glymbovsky.
The non-religious, French Jew Bernard Lazare, in his 1894 book, Antisemitism: Its History and Causes — which he described as “an impartial study of the history and sociology of the Jews” — directly addressed the perennial accusations against the Jews of Ritual Murder: 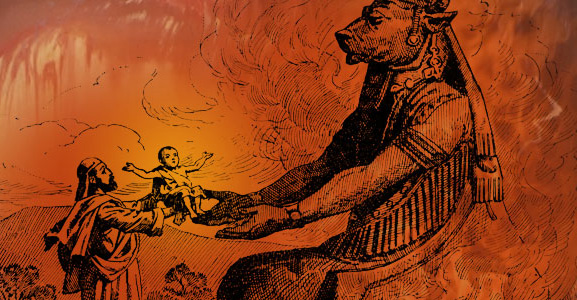 “To this general belief are added the suspicions, often justified, against the Jews addicted to magical practices. Actually, in the Middle Ages, the Jew was considered by the people as the magician par excellence; one finds many formulae of exorcism in the Talmud, and the Talmudic and Cabalistic demonology is very complicated. Now one knows the position that blood always occupies in the operations of sorcery. In Chaldean magic it had a very great importance…Now, it is very probable, even certain that Jewish magicians sacrificed children; hence the origin of the legend of ritual sacrifice.”

Bernard Lazare was no “self-hating” Jew — he famously defended Alfred Dreyfus against the “antisemitic” charges of espionage — and he was an ardent promoter of Zionism.

His only transgression against his fellow Jews was attempting to be “impartial” in his assessment of the history and causes of antisemitism — which led him to rationally conclude that some Jews had indeed engaged in ritual blood sacrifices of children.

There are few things that send Jews into a panic more than an “impartial” or “even-handed” approach to history — where they are not in complete control of the self-serving narrative.

However, the list of documented cases of ritual murder against Jews is formidable — the the Polish government has archives of material on these cases — and it should be inconceivable to any “impartial” observer that there is no factual basis for any of these accusations. 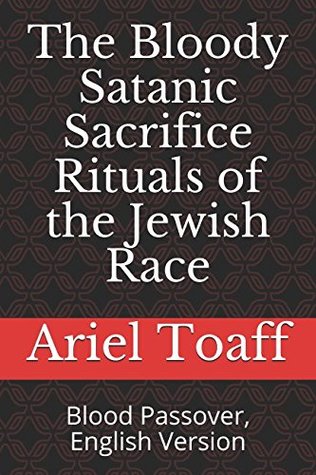 And these accusations come not just from “gentiles” — such as the 13th century ritual murder of Saint Hugh in Britain — or the sensational ritual murder of 5 white children in Chicago in 1955 — there have been a number of prominent Jews, like Bernard Lazare who have confirmed the truth of many of these cases.

For example, the former Chief Rabbi Neofito of Moldova published a sensational book in the Moldavian language in 1843 about the secret Jewish blood mysteries — in which he explained how only a small, secretive group of Jews participate in these sacrificial murders.

These murders of “gentile” children are motivated by an intense hatred of Jesus Christ and his followers — a hatred so profound that most Christians cannot fathom or believe it exists — especially about God’s alleged “chosen people” whom contemporary Christians are encouraged to worship as their “spiritual elders.”

Judaism can trace its true origins back to Babylon — where such blood rituals were commonplace — but most Christians are completely unaware of this fact — instead believing the Judaism is based on a strict adherence to the Torah — not the Talmud or Kabbalah.

But Kovalchuk is no doubt well aware — as many Ukrainians are — of the 1911 murder of 13 year old Andrei Yushchinsky of Kiev:

“Not only is there a photo of poor little Andre Yuschinsky’s dead body, the frustrated prosecuting lawyer [who himself was later murdered] wrote a book about the case. There were 3 child witnesses to the abduction, all 3 were poisoned before the trial only 1 survived but was too sick to testify. The police not only planted evidence but also destroyed evidence; never the less the crime was proven to have taken place in the secret synagogue in the accused man’s factory. 13 puncture marks are visible on Andre’s face; there were another 45 on his body. Jews the world over sought to conceal this ritualistic murder of a child, the equivalent of £115,000,000 was spent on the defence. This case it seems, everybody was bribed, poisoned, sacked, shot and murdered, yet the accused man was found not guilty, but died as a ‘Jewish National Hero’ in the USA in 1934.”
Source: https://www.jewworldorder.org/blood-libel-jewish-ritualistic-murder/

—
Related – The Jewish Satanists Behind COVID

You can find this article permanently at https://henrymakow.com/2022/08/satanic-jews-commit-ritual-blo.html