“Slav, Russian, can be destroyed, but never conquered. That is why this seed is subject to liquidation, and, at first, a sharp reduction in their numbers.”

“The Ukrainians would think that they are fighting against the expansionist Russia and struggling for their independence. They will think that they have finally gained their freedom, while they become fully subdued by us. The same will be thought by Russians, as though they defend their national interests to return their lands, “illegally” taken away from them, and so on.”

The Khazars bought the “Jewish” franchise in the 8th Century to distinguish themselvesfrom their Christian and Muslim neighbors.

Ashkenazi Jews (Israelis) have no connection to the ancient Hebrews. They are Khazars.The Bolshevik Revolution was revenge for the Kievan Rus destruction of the Khazar Empire in 965 AD. The Russian – Ukrainian war continues this millennia-long hate.The NWO is a rebirth of the old Khazar empire, extended to the whole planet.NATO is Khazaria in Drag (literally)
A 1994 speech by Chabad leader Mendel Schneerson suggests that the Ukraine war might be a part of a larger plan for Slavic Genocide. However, although many Ukrainians soldiers have died, Russian reluctance to target civilians would belie this analysis.

NATO is Khazaria in Drag

Revised from April 4, 2022
by Edward Menez(henrymakow.com)
Was the current Russian-Ukrainian conflict planned by Chabad?

Eduard Hodos was born in Kharkov, Ukraine in 1945 to an Orthodox Jewish family. In 1990, he was recruited by Chabad Lubavitcher Rabbi Schneerson but resigned once he realized that Chabad aimed to destroy the Ukraine. Since then, Hodos has been an outspoken critic of Chabad, warning the public about their agenda — and the political figures and oligarchs who do their bidding. Hodos has since converted to Ukraine’s Orthodox Christian church
In his trilogy called “The Jewish Syndrome,”  Eduard Hodos explains that we are in the midst of “The Third Khazaria”. 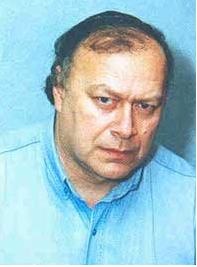 In the First Khazaria, the native people in the Ukraine were taken over by Jews and converted to Judaism.  From this beginning in the 7th to 10th centuries, a battle-line had been drawn with Russia:

“Forts were located from 10 to 20 km. apart, creating what was in effect an unbroken line of military fortifications along the border of modern Ukraine and Russia: Voronezh – Stary Oskol – Belgorod – Kharkov. Further, from the southwest of Kharkov: Krasnograd – Dnepropetrovsk – Krivoj Rog. To the northwest: Kiev – Chernigov.”

So from the beginning, the conquering Jews of present-day Ukraine were at war with their neighbors, the Russians.  This article is from an interview with a Ukrainian General who bitterly describes how Ukraine was prepped for Chabad takeover.

“Slavs, and among them Russians – are the most unbending people in the world. Slavs are unbending as a result of their psychological and intellectual abilities, created by many generations of ancestors. It is impossible to alter these genes. Slav, Russian, can be destroyed, but never conquered. That is why this seed is subject to liquidation, and, at first, a sharp reduction in their numbers.”

“First of all, we will divide the Slavic nations (of 300 million, half of them Russians) into the small countries with weak and severed connections. For this, we will use our old method: Divide and conquer. We will try to pit these countries against each other, and suck them into civil wars for the sake of mutual destruction.”

“The Ukrainians would think that they are fighting against the expansionist Russia and struggling for their independence. They will think that they have finally gained their freedom, while they become fully subdued by us. The same will be thought by Russians, as though they defend their national interests to return their lands, “illegally” taken away from them, and so on.” 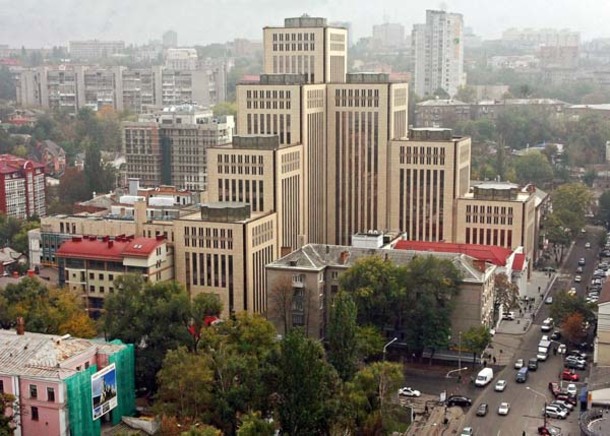 “Looking back in history, it must be admitted that these lands are the ancient ancestral lands of the Jewish Khazaria, that is Israel, captured by Kiev’s Rus’ (the ancient state of Russia with the capital in Kiev) in the tenth century. The Slavs are temporary guests on these lands and are subject to eviction. We will return this territory, and build the Great Khazaria – the Jewish state -on these fertile lands the same way as, 50 years ago, we created Israel, squeezing the Palestinians out. Israelis will partially relocate here, and we will drive Slavic cattle out far to the north, beyond Moscow. There will be a small Northern Territory, a reservation with a compact population — a reservation, like Indian reservations in America.”

In “The Jewish Trilogy” Hudos identfied the origin of this long-festering hatred between the Khazarians and the Russians: “The Great Khazarian Empire existed for several centuries, until the Russian Prince Svyatoslav, “in the 965th year took both their City and their White Temple”.

“The Third Power was wiped off the face of the earth, its population scattered in all directions. Most asked for Svyatoslav’s protection, while the Jewish elite moved to the Khazar District in Kiev….”

Ukraine will become a “‘big Israel’ with its own face,” Ukrainian President Volodymyr Zelenskyy declared on Tuesday, indicating that his country intends to emulate the Israeli security state in the wake of Russia’s invasion.

You can find this article permanently at https://henrymakow.com/2022/08/russia-khazaria-ukraine.html